As expected, Olympique de Marseille striker Arkadiusz Milik will head to Juventus Turin for this summer transfer window. The Polish international will be the subject of a paying loan, estimated at 1 million euros, with a fixed purchase option of 7 million euros. 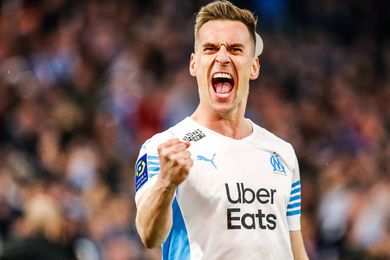 Arkadiusz Milik and Olympique de Marseille, the story will, at least temporarily, end. Initially part of Marseille president Pablo Longoria’s plans for the coming season, the Polish international was eventually offered to several top European clubs this summer due to a complicated slimming down within the attacking sector.

Interested in the services of the 28-year-old striker for several years, Juventus Turin, after the failure of the track leading to the player of FC Barcelona Memphis Depay, decided to accelerate on this file.

And with RMC radio on Thursday, the reigning vice-champion of France confirmed the imminent departure of the native of Tychy for the Old Lady as part of a paying loan, estimated at 1 million euros. To recruit the former Neapolitan permanently, the Serie A team will have a fixed purchase option of 7 million euros.

For his part, Milik has agreed with Juve on the outlines of his future contract until June 2026 in the event of a permanent transfer and will fly to Italy very soon. Financially, this operation will allow OM to relieve its payroll since the center forward had one of the highest salaries in the club (400,000 euros gross per month).

OM will not replace him

Despite this expected departure, Longoria should not activate to replace him. Unsurprisingly, the Spaniard, with the recent signings of Luis Suarez and Alexis Sanchez, considers the attacking sector already well supplied. Especially since at the same time, Bamba Dieng and Cdric Bakambu, despite being pushed out, are still in the squad of coach Igor Tudor. In terms of departures and arrivals, OM should still move in the coming days…

What do you think of the expected departure of Arkadiusz Milik from Olympique de Marseille for Juventus Turin? Do not hesitate to react and discuss in the area add a comment …