A recent study published by four researchers from Tampere University in Finland shows how cryptocurrency trading can be harmful to mental health.

Why is cryptocurrency trading so addictive?

While many believe cryptocurrencies can make you rich, therapists say more people have become depressed and dependent. In this study, the researchers take several examples of young Americans who have embarked on the “crypto trading” at the start of the cryptocurrency boom. Since 2017, Joanna Garzilli, a Californian eager for new adventures, has decided to get into cryptocurrency trading.

In the same category 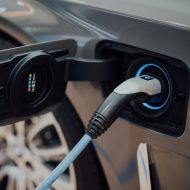 The United States’ strategy to democratize the use of electric vehicles

She started out doing a few big hits, including one where she took $85,000 on a cryptocurrency called GRT, sparking dreams of living in luxury residences. But quickly, his dealings have become reckless. Garzilli invested 90% of his savings in a cryptocurrency which caused him to lose tens of thousands of euros in a few days. His nights have grown dark. She explains that “Cryptocurrency can bring out the darker parts of ourselves if we have an addictive personality. I have a very addictive personality”.

Price spikes and falls provide a level of excitement that is difficult to replicate across the most volatile stocks and bonds. The highly unstable nature of cryptocurrencies can reduce profits to zero in the blink of an eye, leaving investors with mountains of debt, broken relationships and suicidal thoughts, researchers say. Several American therapists are seeing an influx of people seeking help in recovering from cryptocurrency addiction.

Over the past decade, cryptocurrency trading has gone from being a curiosity to being a central part of financial markets and popular culture, their market value skyrocketing from $5.4 billion to $1.8 trillion. Many celebrities promote trading sites. Matt Damon, Tampa Bay Buccaneers quarterback, Tom Brady and his wife, Gisele Bündchen and influencers on YouTube, TikTok, Instagram and Twitter showcase their luxurious lives.

According to the researchers’ study, cryptocurrencies have characteristics that make them more prone to addiction than traditional sports betting, gambling, and financial investments. Cryptocurrencies can be traded Round the clock, unlike most stocks. People don’t need to go to a casino to invest. Cryptocurrency price volatility can be rapid and provide the brain with a quick sense of reward.