According to a recent report by washington postTwitter finally plans to give Elon Musk access to mountains of data necessary to answer his questions about the number of fake accounts. The billionaire wins his standoff against the social network and should logically reposition himself in the race for redemption.

A week ago, the boss of Tesla accused Twitter of “retention of information” about fake accounts. According to him, bots and spam could represent up to 20% of accounts on the social network. For its part, the social network estimates that these fake accounts do not exceed 5% of all the profiles listed. Elon Musk even threatened Twitter to put an end to his takeover proposal if he did not obtain reliable information on this subject. A few hours later and following Elon Musk’s remarks, Texas prosecutor Ken Paxton decided to open an investigation into the fake Twitter accounts.

In the same category 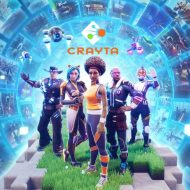 Collaborative game Crayta, billed as a 2D metaverse, is coming to Facebook Gaming

To put an end to this controversy, Twitter has decided to open access to Elon Musk. The data the billionaire will have access to presumably contains information about each tweet sent to the platform, the device the tweet is posted on, and specific account information. Elon Musk is supposed to buy Twitter for 44 billion dollars, unless he can prove that Twitter misled him about the real value of the company. If it turns out that Twitter is actually much denser with fake accounts than previously believed, it could allow Musk to end the deal.

It is unlikely that the information communicated by Twitter is false. In his report, the Washington Post reports that at least two dozen companies, which do not belong to Twitter, have already had access to this data. If there were any major dissonances with the numbers put forward by Twitter, it’s hard to imagine that we wouldn’t have heard of it already. On the other hand, the UK-based company GlobalData published a study a few days ago, according to which at least 10% of Twitter users could be bots. The 5% announced by Twitter will probably have to be revised upwards.

The researchers analyzed around 4 million tweets from 20,976 unique nicknames. GlobalData chose these accounts by collecting data from Twitter once every three hours for 22 iterations, then selected a sample size. According to Sidharth Kumar, data scientist at GlobalData, “It is not easy to identify a fake account on Twitter. An account that only retweets news articles could be flagged as a bot, but in practice it may be a genuine user who is simply not posting original content”.